In January 2007 the Director of Royal Gorge Academy (previously known as Royal Peak Academy), Randall Hinton, was arrested on multiple counts of third-degree assault and for reckless endangerment - a felony. In Colorado, that means he placed another person, in this case (a child), at risk of serious bodily injury.” He will be back in court on March 7, 2007.

Randall Hinton was seen on tape admitting to pepper spraying a teen, Kerry "Layne" Brown, multiple times per day for eight or nine months. Kerry Layne Brown died June 6, 2006. He suffered for years, dealing with post-traumatic stress disorder resulting from the months of abuse he endured during his stay at Tranquility Bay in Jamaica. Click here.

Hinton tried to open a facility in Missouri in 2005 but was rejected by the little town of Boonville.

During interviews with Terry Cameron, Layne's mother, I learned Layne was a normal, happy, healthy, active boy, a 4.0 student, and a star athlete. He was devastated when his parents divorced and turned to drugs. Terry was frightened and turned to WWASP for help. Randall Hinton was a neighbor, someone they had known for years. He had taken a position at a new facility for troubled youth, Tranquility Bay in Jamaica. When it was decided Layne would go there, he told Terry he would watch over her son. Instead, in my opinion, he brutalized and tortured her son.

In her declaration, Terry said that Layne was evaluated at the Brightway Adolescent Hospital in Utah where it was recommended he attend Tranquility Bay, a program in Jamaica. The program was new at the time and she was promised her son would receive an education, would be able to recover from a substance abuse problem, and would receive a great deal of loving attention.

She was told the staff at Tranquility Bay were properly trained, educated, and qualified, but later learned this was false. During his enrollment there she was repeatedly told and promised he was safe and to "trust the program." She feels she was deceptively led to believe WWASP had a "high rate of success" with children. She was completely discouraged from talking with her child and was only allowed one very brief conversation with him during the entire nine months he was there, at which time he broke down and sobbed.

She had to argue to get this single conversation with her son, after being told by staff he had been sprayed in the face with pepper spray on one occasion, which was a lie. Upon learning of this supposed single incident, she made immediate arrangements to remove her child. They argued and tried to pressure her into leaving him at Tranquility Bay, but she was persistent and had him home in a few days.

To her horror she later learned her son had been the subject of repeated and daily torture by WWASP employees acting under the direction and control of Jay Kay. Layne was forced into "observation placement" for almost the entire nine months he was at Tranquility Bay.
Randall Hinton admitted on video tape to pepper spraying Layne multiple times a day for months. When asked if he thought it was abusive, he admitted he thought it was. When Layne returned from Tranquility he had a deep scar on his shoulder and a permanent scar on his chin from being dragged on concrete. He had chemical burns all over his body, and one of his teeth was knocked out.

He endured many forms of abuse the entire nine months he was there. Examples of some of the “rule infractions” that resulted in Layne being pepper-sprayed included any movement after he was forced to lie on his stomach for 14 hours a day in isolation and seething subtropical heat, excessive exercising, food deprivation, calorie restriction, being forced to sleep in the halls under bright lights with Randall Hinton as his “keeper,” and other depraved acts by staff who acted under the direction and control of Jay Kay.

Her son's letters to his mom were intercepted and changed by the staff at Tranquility Bay. She was repeatedly assured that her son was "manipulating" her and that she must ignore his statements and pleas for help. Because of this she did not believe her son. WWASP's mantra was "trust the program" and "your child is just manipulating you." After he returned home, she learned he and other children were not allowed to report abuse and neglect to any outside government authorities.

In August 2003 Terry said in her declaration that up to that time, five long years after this cruelty and neglect occurred, she heard her son literally screaming in the middle of the night from nightmares directly relating to the tortures he endured at Tranquility Bay. The individualized, highly progressive education services she was promised never happened. She was deceived and defrauded, and her son was deprived of anything even resembling a meaningful education at Tranquility Bay.

When she tried to obtain records from Brightway Adolescent Hospital and Tranquility Bay, including photos of her son bleeding from abuse, she was repeatedly told there "were no records" or "the records have been destroyed."

In April 2005, nearly two years later, Terry supplemented her declaration. She said her child was never violent, he never hurt anyone, he never physically threatened anyone, and he was not a fighter. The drugs had taken over his life and she feared he would die. In her desperation she found Tranquility Bay. She said her son did not earn even one school credit during his nine months there.

She went on to say her son suffered from post-traumatic stress disorder as a direct result of the abuse he suffered at Tranquility Bay. And still, in April 2005, he was having repeated nightmares at least on a weekly basis if not more. The week before she shared all of this with me, she said he had screamed out in his sleep "RANDALL, why are you doing this to me?" She told me that Randall had made recent statements to a Boonville Daily News reporter that she was telephoned by Tranquility Bay employees daily. He said during these daily phone calls her son was the hardest they had ever had to handle, that he was the worse of the worse. Terry said this was a complete lie. Not only did they not call on a daily basis, but they never made those statements to her about her son. Further, reporter John Sullivan of the Tribune reported on the abuse Layne received at Tranquility Bay. A recent news article, Rough Love, talked, too, of the abuses Layne endured while he was there.

Saddest of all was when she told me that neither she nor Layne had been able to heal from the life-long trauma and damages the WWASP organization and its employees have caused their family, and that she would attest to the fact her son was far worse when he returned from the emersion of abuse and neglect at Tranquility Bay than before he entered this so-called children's program. She agreed there was no need to seal her Declaration because she felt it was important for the public to know the truth about the World Wide Association of Specialty Programs and those behind it.

Randall Hinton, the man who admitted, on videotape, to abusing Layne for his nine months at Tranquility Bay, is working at a program in Cañon City, Colorado, Royal Peak Academy. Click here for the CanonCafe.com article Staff Planning for February 17 Opening Day where Randall Hinton states: “We will take one kid to start, then student by student."

It is my hope that parents will read this story and will think long and hard before sending their child to a program away from home. However, I believe it is important to keep things in perspective and to realize there are times children will be sent to programs. Many children, more today than ever, will be court-adjudicated where parents have no choice as to whether their child is sent away or where their child will be sent.

Many have children with mental health issues who need a structured, therapeutic environment. These parents should not fear their child will be harmed or killed - they should not fear their child will be placed in dangerous and deadly restraints or that "aversives" will be used (aversives are negative stimuli to induce behavior changes) such as electrical shocks, water sprays, ammonia inhalants, lemon juice squirts, Tabasco sauce, slaps and pinches, blindfolds, hair pulls, white noise helmets, isolation, withholding food, and rubber-band snaps ( Click here )
I also believe parents should exhaust all other options before considering this drastic step, and if they do choose to send their child away, that they take the time to not only visit the program themselves, but that they be sure they can have complete access to their child. Further, I believe parents should ask themselves if they truly have exhausted all of their options and if what their child is doing is perhaps normal teenage behavior that will be outgrown. In my opinion phone calls should never be restricted between a parent and a child. Letters should not be censored. Parents should not send their children to facilities so far from home they cannot visit frequently. Click here for more warning signs.

The problems of abuse, neglect, and deaths, is wide-spread - spanning from behavior modification programs - boot camps - wilderness programs - therapeutic boarding schools - and mental health facilities. We believe it is crucial that everyone support Congressman George Miller's proposed legislation that would afford children their right to be safe. I know it is not the only answer, but it is a good start. Please visit our legislation page for more details, and please sign our International Petition to End Institutionalized Child Abuse.

To Terry and her family, I believe that "Together, We Can Make a Difference." Let us all work towards a safer tomorrow for our children.

We will all miss you, Layne!

© 2006Permission for this article to be reproduced for educational purposes only

Rough Love: A heart-wrenching article with a chilling ending (click here)
(Not mentioned in the article is Layne Brown was found dead in his bed June 6, 2006, one day before Carter Lynn was found hanging from the rafters of his home. Both boys were featured in the "Rough Love" article written by Joanne Greene) June 22, 2006, by Joanne Greene, Miami New Times 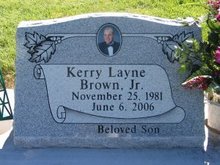 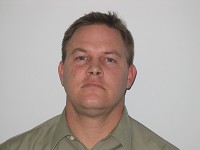 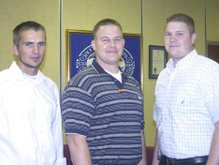